The Weekly Rising Star Leaderboard has been updated ! This week's rising stars include Terrance Lau, Sofiee Ng and Cecilia Choi, the main characters of ViuTV's drama "940920". As well as Kat Wong, Umi and Tiff. "940920", which has just finished broadcasting, is the sequel to the ViuTV drama "Leap Day". Since its broadcast, it has been heatedly discussed by netizens, showing that the popularity is very high! Terrance Lau (IG: @lauchunhim.terrance  ) has participated in many stage shows in the early days of his debut. Until 2020, he began to gain more public attention with the ViuTV TV series "Limited Education" and "Leap Day". Later, he played the leading role in the movie "Beyond the Dream" and "940920". Terrance's popularity soar and the number of his IG followers increased. Since the broadcast of "940920", it has increased by 20K to 98K, and the engagement rate has also reached 11.75%. Terra
Post a Comment
Read more

The Weekly Rising Star Leaderboard has been updated ! In addition to The Reynolds family and Priscilla Ng, this week's rising stars also include EHP Music Channel, Nothing Serious, Rimmy and Miyuki! EHP Music Channel (IG: @ehpmusicchannel  ) is a music channel which aims to promote and share high-quality songs. They hope to let more people know more about differnet internet singers. They have gained lots of support from many people. The number of its IG followers was 68K at the beginning of the month. It has increased by 7K in two weeks to 75K followers, and the engagement rate is 2.12%. Although EHP Music Channel has not cooperated with any brands, recently more people have started to support local music. Marketers can also consider new ways of collaboration! [Image source: IG @ehpmusicchannel ] Local illustrator, Nothing Serious (IG: @ns_draw  ), takes daily life as theme. With a soft painting style and healing words, his drawings are loved by many people. From time to time, he
Post a Comment
Read more

The Weekly Rising Star Leaderboard has been updated ! This week's rising stars include Gareth.T, Amy Lo, Elka Cheng, Priscilla Ng, The Reynolds family and Sharon! R&B singer Gareth.T (IG: @gareth_tong  ), with his distinctive musical style, talent, and unique voice, he has gradually gained more popularity and attention. The number of its IG followers exceeded 100K at the end of February. Now he has 109K followers! The engagement rate dropped slightly to 15%. Gareth.T made a brand commercial video for Dyson with his girlfriend earlier. The interesting content was well received, and the brand placement performance rose to 95%. Some netizens bluntly said that if they were a brand, they would definitely invite Gareth.T for collaboration. 【 Image source: IG @gareth_tong 】 Amy Lo (IG: @lqamy  ) is a South American half-breed. Last year, she began to gain popularity by starring in the ViuTV drama "Generation Slash". With deep facial features and a tall stature, she won the
Post a Comment
Read more 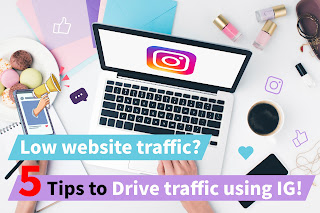 Many brands will run their own online stores nowadays. However, running an online store is the same as running a physical store. Someone has to enter the store first, and then there can be follow-up actions. To run an online store well, you must first analyze your website traffic. Website traffic means the number of visits to your website, which is equal to the "flow of people" of a physical store. The higher the traffic, the more people visit your website. Since traffic is so important, what are the ways to increase traffic to attract more people to consume? It is believe that many brands have been using various social media, including Instagram. In fact, as long as you make good use of different functions in Instagram, you can effectively drive your website traffic! 1. Make good use of Link in Bio Many brands will put the link of their online store on the Instagram profile page (link in bio), so that other users can directly click on the link to enter other related websites
Post a Comment
Read more

The Weekly Rising Star Leaderboard has been updated ! This week's rising stars are still Collar members Sum Ling, Candy, So Ching and Winka, as well as the main actor in "In Geek We Trust", Ling Man Lung. In addition to Collar, the new ViuTV drama "In Geek We Trust", which has been well received since its broadcast, is another hot topic recently. The number of IG followers of the actors in the drama has also increased significantly! Ling Man Lung (IG: @siulungling  ) has been debut for more than ten years and can be seen in many movies. Later, he was appreciated by Mo Shun Kwan and was recommended to play his autistic son in the movie "Tomorrow is another day". Recently, his good acting skills in the drama "In Geek We Trust" has been praised by netizens. His IG followers have soared five times to 21K! His engagement rate has also risen to 19.28%, and his brand placement performance has increased to 199%. The performance is good! 【 Image sou
Post a Comment
Read more 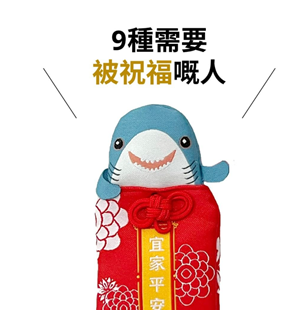 Instagram is the most popular social media in the world, with more than 1 billion users every month. Instagram is easy to use and has a high usage rate. Many people will use Instagram as a starting point for digital marketing. However, in order to have your Instagram account operated well, in addition to constantly optimizing your content, it is also necessary to pay attention to the engagement rate of Instagram. All of you should be familiar with the term "Engagement Rate". Engagement Rate is an important data in digital marketing. To make it simple, it is the calculation of the number of likes, comments and your followers for each post. The higher the interaction rate, the higher their attention and love to your brand, which directly reflects the effectiveness of digital marketing. Since engagement rate is very important to digital marketing, what are the solutions to increase engagement rates for your brand? You may try the below 7 ways to increase the engagement between y
Post a Comment
Read more

The Weekly Rising Star Leaderboard has been updated! This week's Rising Stars also include Sum Ling, Winka and Gareth T., as well as Collar members Candy, So Ching and Gao. Collar has received their first advertising endorsement in just half a month after debut. They are also the brand's first Hong Kong singer spokesperson. Besides Marf and Day, who have reached 100K IG followers before their debut, other members including Ivy So , Candy, So Ching and Sum Ling have also reached 100K followers recently! The youngest member of Collar, Candy (IG: @candyw1219 ), has been popular due to her fairy beauty. She was once criticized for being shortlisted for her appearance, but with the development of the show, Candy's strength has gradually improved. Candy's IG followers count was 58K before her debut, and it rose to 82K just after her debut. Now it has exceeded 100K followers to 112K followers. Her engagement rate is 18.92%, and she has become an S Rank KOL! Candy has bee
Post a Comment
Read more
More posts